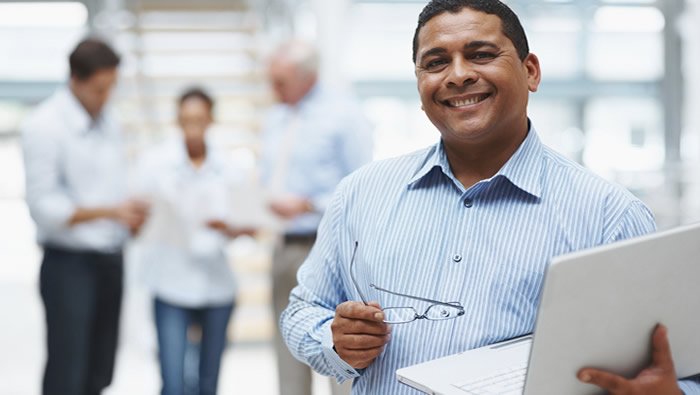 In a country built by immigrants, numbers represent the strength and ability to move forward both culturally and economically. Such is the case for Latinos, a growing force in the United States currently representing 18 percent of the overall population — a number expected to grow to 30 percent by 2060.

The economic impact Latinos have in the country as a group is growing at a steady rate, and according to Nielsen, a global information measurement firm, Latinos are “the most influential segment since the baby boomers,” representing a $1.5 trillion consumer market.

Housed within Stanford University’s Graduate School of Business, the Stanford Latino Entrepreneurship Initiative is a unique research collaboration between Stanford University and the Latino Business Action Network (LBAN), a 501(c)3 not-for-profit organization located in Palo Alto, California. This report also debunked several myths regarding the markets and industries in which LOBs are found.

Latinos are significantly impacting the growth in number of small businesses in the United States. The State of Latino Entrepreneurship 2015 report revealed that between 2007 and 2012, the number of LOBs grew by 46.9 percent compared to just 0.7 percent for non-Latino owned businesses, an extraordinary level of entrepreneurship that suggests Latinos play a substantial role in local job creation and economic development.

People become business owners for all sorts of reasons and with a variety of goals for their businesses. Not all firms are owned by people whose primary goal is to grow their business. Some are owned by people who simply want to build wealth to pass down to their children, while others are owned by people inspired by ideas. These differences in mindset could stop a company from scaling. Our data shows that this is not the case for Latino firm owners: Latino owners of all firms, regardless of scale, report similar reasoning for becoming entrepreneurs and similarly high expectations for their firm’s future growth. Owners of scaled and unscaled firms are just as likely to have started their firm because they had a business idea, aspired to be an entrepreneur, wanted higher income, or wanted to leave a legacy for their children, among other things. They are also just as likely to expect their company to grow in revenue and employee count over the next one, five, and ten years. In fact, the owners that have yet to substantially grow their employee count are more than twice as likely to expect their firm to do so in the future than the firms that already grew their company size. These data points reveal that a lack of scaling does not mean that it is not in the business strategy for Latino firms. The remainder of this section looks at two other aspects of business strategy that may relate to whether a Latino firm is or is not scaled: sources of capital and the business network. SCALED LATINO FIRMS USE MORE CAPITAL SOURCES AND DIFFERENT TYPES OF CAPITAL The number of capital sources used by Latino firms differs by whether a firm is or is not scaled. In general, we find that over 50 percent of scaled firms – regardless of the measure of scale – use two or more sources of capital, compared to 50 percent or less among unscaled firms. This is the case for firms at the startup stage and at the growth-stage. This is an important finding in that our 2015 report revealed that close to 30 percent of Latino owners did not think they needed more funds in order to grow their business. Here, we find a positive correlation between funding and scale. Meanwhile, scaled Latino firms using more sources than average suggests that using more capital sources is related to firm growth. Scaled firms also differ in the types of capital utilized. A key substantive finding is that scaled firms use more external sources of capital to grow than unscaled firms. Specifically, scaled firms are more likely to report using government and/ or bank loans to grow. Other than this, the patterns of difference across the three types of scaled firms are unclear. The differences in use of hard money to grow are large but also quite variable across the comparison groups. The differences in venture capital and angel investor use, on the other hand, consistently suggest that scaled firms use these sources more often but the size of the difference is small.